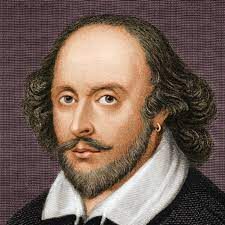 The most important issue pertaining to the interpretation of the Shakespeare plays is the question of authorship.  Those who delve into this question learn that there is far more than meets the eye.  There is an endless stream of objections to the uneducated actor from Stratford Upon Avon being the author of the plays that is not easily dismissed.  It will be virtually impossible to interpret the plays until this issue is settled in your mind.  All the clues point to Sir Francis Bacon, especially because his Rosicrucean philosophy lies hidden beneath a veneer of Biblical allusions in every script.  It is a well-known fact that Bacon, a high-ranking official in the Elizabethan Court, directed a studio of writers to assist him in the task of systematizing the English language.  The Biblical camouflage was necessary to disguise Bacon’s Cabalistic Freemasonry from a generally Christian, London citizenry.

Aside from tradition, arguments for the Stratford man are less than convincing for those who dig beneath the surface (1).  For example, we are presented with the fact that his father was a butcher and we find many allusions to butchery in the early plays.  Likewise, with his frequent reference to gloves.  The meager inheritance left by Shakespeare is inconsistent with his alleged literary output, as are the marks of illiteracy in his personal papers and effects.  For example, his will is signed by a mere “x.”  For a village provincial to describe the intricacies of court and legal system in such exquisite detail not only in London, but throughout Europe, stretches the bounds of credulity.

The structure and style of many of the plays reveal and conceal an underlying current of esoteric Rosicruceanism known only to select members of the Queen’s Court.  Certain of the plays are based on specific geographic circumstances in foreign lands of which the Stratford man could not have been cognizant.  For these and many other reasons, the author of the Shakespearean portfolio is almost certainly the courtesan, Francis Bacon, and his studio of literary masters (2).   Most, Stratfordians simply ignore the overwhelming evidence pointing to Francis Bacon and refuse to respond.  They respond to any hint of “conspiracy” like a cat to water.

Historical context.  After centuries of Plantagenet rule by some 14 kings, Henry Tudor invaded Wales and defeated Richard III at Bosworth Field in 1485.  Both he and his son Henry VIII were energetic rulers who consolidated power with a heavy hand.  The latter was stymied by the inability of his wives to give him a male heir.  Luther had advised him to simply marry a 2nd Queen following Biblical precedent, but instead he resorted to a divorce (Catherine of Aragon) and an execution (Ann Boleyn), both based on slim evidence.

In spite of all this court intrigue, two daughters of opposite religious conviction succeeded Henry VIII to the British throne.   The daughter of Catherine of Aragon, known as Bloody Mary, condemned almost 300 Protestant martyrs to the stake during her five-year reign.  She was the granddaughter of the Queen Isabella who funded Columbus’s voyage.  She was succeeded by her sister, Tudor Queen Elizabeth I, a professed Protestant who took a more moderate approach.  She was nonetheless vulnerable to assassination attempts by Roman Catholics.  Consequently, she was surrounded by a large retinue of male courtesans who served as her body guard and council of advisors.  The dramatis personae behind Hamlet’s themes of revenge, murder and death shadow the intrigues of the Tudor dynasty, with Queen Elizabeth represented by the lustful Queen Gertrude.  One must dig in historical mines for the identity of Hamlet himself.

Summary of Shakespeare’s teaching.  Chief among these courtesan advisors was Francis Bacon, a philosopher of rare talent, who was eventually elevated to the position of Attorney General and Lord Chancellor of England.  He came close to personifying the Materialist-Magician for which the demon, Wormwood, pined in C.S. Lewis “Screwtape Letters.”  As a materialist he did much to advance the scientific method, and his “New Atlantis” contains an amazing prophecy of future scientific advances.  On the magician side, he and his mentor, John Dee, were immersed in esoteric mystery religion which included scientific knowledge revealed by angelic visitations.  They insisted their angelic benefactors were benign, but there is little doubt they were fallen angels or demons.

In one such visitation, it was revealed to Bacon that he should camouflage his revelations in subtle poetry and clever stagecraft.  This is gnostic by definition.  This is the dark side of the Renaissance, not often discussed in traditional history books.  Here is the genesis of the Shakespeare plays, whose esoteric philosophy is disguised by a cloak of some 1,350 Biblical references.  This blend of paganism and Christianity is known as Rosecruceanism.  The rose, a symbol of secrecy, is superimposed over the Christian cross.  Such an approach was considered necessary when addressing a generally Christian audience.  It has deceived generations of American Christians for two-centuries regarding the faith of their founding fathers.  Some of the plays, such as Taming of the Shrew, are more ostensibly Christian, but others betray the Rosecrucean influence, such as Love’s Labor Lost and The Tempest.  There is a heavy dose of classical mythology, including especially Pallas Athena, the warrior queen, whose “cunning intelligence” was pictured as shaking her spear at ignorance and error. Hence the name “Shakespeare.”

Implications for subsequent history.  The influence on subsequent history can hardly be overstated. For one thing, the influence of the Shakespearean plays on standardizing, expanding, and enriching the English language was profound (3).  Bacon recognized the power of the word.  He introduced the Rosecrucian influence to the New World via the colony he established at Jamestown in 1609.  It’s a well-known fact that the gentleman adventurers he recruited and equipped barely survived the first winter because of an aversion to manual labor.  Eventually they were rescued by a climate conducive to tobacco production.

Thus, Rosecrucianism and Freemasonry gained a foothold in Bacon’s “New Atlantis,” the New World.  It grew quietly until energized by Benjamin Franklin and other American Founders a century and a half later in the Constitutional Convention of 1787.  Franklin, Jefferson, Washington, and others were all Freemasons, although many Christian historians have gone to great lengths to whitewash the fact and downplay the blood-curdling oaths, Freemasonry remains the mortal enemy of Christianity in America to the present day.

Biblical analysis.  Witchcraft is condemned because it pretends to secret revelations apart from the revelation of God.  The secret societies are the entrance portal into the Kingdom of Satan on earth.  The earth is the Lord’s and the fullness thereof, but Satan persuades gullible, profit-seeking young men that they can be partakers of his secret knowledge and gain influence in the earth when they swear an oath of silence.  By contrast, Jesus spoke openly in parables to reveal the truth to his disciples and simultaneously conceal it from unbelievers who were not interested in the truth.

Corrective or prescriptive actions.  Don’t be misled thinking that “Shakespeare” was writing from a predominantly Christian perspective.  Your mindset will influence the way you interpret the plays and their influence on history.  Don’t succumb to the lure of the secret societies when they approach you with the offer of gnostic secrets and insider benefits.  It’s the age-old temptation of Eve in the garden, “ye shall be as God, knowing good and evil” (Gen. 3: 5), but its end is destruction.