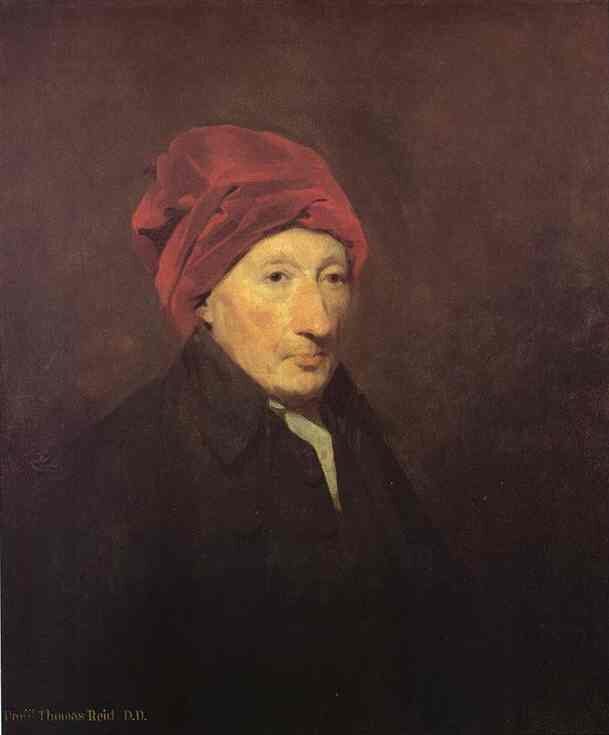 Born in 1710, Thomas Reid is known as the Father of the Right-Wing-Enlightenment.  Thomas Reid rejected the tenets of the Left-Wing-Enlightenment, which posited that truth is relative because we cannot rely on the testimony of our senses (Kant, Hume).  Moreover, Descartes shifted the playing field from God to man as the ultimate source of truth when he declared, “I think therefore I am.”  By contrast, Reid objected that both experience and mental evidence are valid, since both stem from the same source.  The brain interacts directly with the environment and is therefore trustworthy.  Reason itself presents us with a set of logical principles, the negation of which is self-refuting.  Reid indirectly influenced America via his disciple John Witherspoon, who in turn influenced James Madison, the Father of the U.S. Constitution.

Who Was Thomas Reid?  Thomas Reid was born (1710-1796) into a family tree noted for clergymen on one side and mathematicians on the other.   Thus, he seemed destined for a life of books and study.    As an instructor in academia, he was friends with many of his intellectual opponents.  David Hume being an example.   Before publishing his critique of Hume, Reid requested Hume to read it via the intermediary of a common friend.  At first Hume refused with the comment that Presbyterian ministers should argue amongst themselves and leave philosophy to the philosophers.  But Reid insisted and Hume eventually obliged.  At the end of the exchange, Reid concluded with this note: “All we here at Aberdeen sir, are all good Christian men and would prefer your company to that of St Athanasius himself.  We feel if you should write no further in epistemology, we should have nothing to talk about at all.”

He penned his magnum opus, “An Inquiry into the Human Mind,” in 1764 and in 1783 became a joint-founder of the Royal Society of Edinburgh, whose patron saint was the hermetic Francis Bacon.  He is sometimes pictured wearing the Red Phrygian Cap, which held revolutionary connotations, particularly in France during the period when Reid was active.

Historical Context.  Reid was invited to fill the post of Adam Smith at the University of Glasgow upon Smith’s retirement in 1764.   The clamor of the left wing Enlightenment was rising to a fever pitch, especially in France with Montesquieu, Voltaire, and Rousseau.  With less sarcasm, Locke lent his logical, English pen to empirical philosophy, declaring that the mind is like a sinless, blank slate at birth, influenced only by impressions from the environment.  Revolutionary tensions reached a climax in both France and the United States during the final quarter of the 18th Century, with America leading the way.  Freemasons like Ben Franklin, Thomas Paine, Thomas Jefferson were engaged politically in France, Britain, and America during this period.

Summary of Reid’s Teaching.  Reid noted that the theories of Hume, Kant, Locke, et. al., were only comprehensible when related to the sense of sight.  For example, Hume’s observation that an object appears to change shape and size depending on distance, thus refuting causation.  Each subsequent impression is like an independent scene on a stage, with no necessary relationship to the others.  But sensations related to the other senses are consistent and intuitive, thus negating Hume’s conclusions.

That’s what Reid meant by “common sense” — employing all the senses common to man.  He did not mean some innate, majority opinion or alleged group consensus.  He was never able to come up with a synonym for clarification.  He concluded that when we move outside the philosopher’s study into the real world, reality prevails and speculation is muted.

Reid’s conclusions seemed fairly straightforward and practical, but his route to obtaining them was somewhat intricate.  In general, it won him respect among his peers in the arcane, mysterious realm of philosophy.  He dove deeply into the realm of epistemology (source of knowledge) and metaphysics (nature of reality) with mathematical/logical precision not easy to refute.

In the contest between Cartesian idealism (inner experience) and Lockean empiricism (outer experience) his conclusion was, “no-contest.”  Reid saw no reason why the two, having sprung from a single source, should be pitted against one another in an either/or fashion.  Reid rightly criticized his opponents for their common error of presupposing like Plato that the brain creates a kind of ideal representation of an object, which is then somehow processed or interpreted by the mind.   He believed that the mind interacts directly with the object in the environment.

Reason itself presents us with a set of logical principles, the negation of which is self-refuting.  For example, the statement, “I am not here” is self-refuting and making the conclusion that I am here, self-evident.  This was the source of Jefferson’s assertion that “we hold these truths to be self-evident.”

Implications for Subsequent History.  Reid’s work was not widely recognized during his lifetime, but his book, “An Inquiry Into the Human Mind,” became wildly popular about 100 years after his birth.  It then fell into a long period of obscurity until a dramatic revival in 1941 when his essays were published.

Reid’s influence on America in its formative years was profound via his disciple, John Witherspoon.  John Witherspoon spent the first 20 years of his ministry in Scotland before accepting an invitation to the office of President at what would become Princeton University.  We don’t have much detail, but we do know that Witherspoon was deeply influenced by Scottish Common Sense Realism.  This is reflected especially in the notes for the moral philosophy class he taught to all the Seniors at Princeton.   This included some 55 of the American founders, notably James Madison, the Father of the U.S. Constitution.

Biblical Analysis.  in spite of apparent differences, Reid shared with all his adversaries an even more dangerous error.  That was the commitment to autonomy of thought, independent of the revelation of God.  All were seeking to “know good and evil” or prove it apart from God’s definition of good and evil.

Simultaneous to the damage inflicted by Madison on the Civil Covenant was the damage inflicted by John Witherspoon on Old School Presbyterianism in America (1).  “If man is the foundation of knowledge, then surely man has the right to self-expression, and any ruler must have his consent to rule.  And if man’s conscience is supreme, then ‘liberty of conscience’ (so called but not Biblically defined) must surely be inviolable. And if man’s common sense is so rational, truth must surely be its end.  And if all men have such common sense, then surely all men are qualified to vote, and therein to rule.  It thus buys into every necessary pre-supposition of liberation theology and revolution” (2).

Madison and Jefferson did incalculable damage to the national covenant with God, established by the Puritans in Massachusetts.  That covenant, repeated in a variety of forms in the state charters, involved first of all an oath of allegiance to God and His revealed law (3).   The Constitution of 1787 substituted a humanist god by the name of “we the people” and omitted all reference to His law (Article VI).

Corrective or Prescriptive Actions:   Rather than a return to the original intent of the U.S. Constitution, we should strive for return to the original intent of the Mosaic Constitution (Exodus 20-24.} These are the Ten Commandments and their judicial case law applications.  These are the fundamental principles that govern the conduct of a Christian civilization, in its personal and public aspects.  Those ordinances that are accompanied by a penalty are laws for the Civil Government to enforce.  The other ordnances are directed to individuals in all the other cultural activities of life:  salvation, church, charity, family, medicine, etc.  All categories of law are represented:  civil, criminal, family, inheritance, procedural.