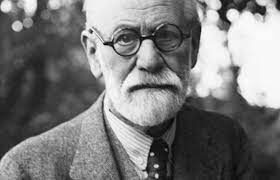 The *Gilded Age was a time of outward glamour and inward turmoil, which made it uniquely susceptible to the psychological *heresy of Sigmund Freud. Freud blamed a *superego over-sensitized by church and society for feelings of “false guilt” and suppression of the subconscious desires of the *Id. Rather than *confession of sin and repentance to deal with feelings of genuine guilt, Freud encouraged counselees to suppress their “false guilt” and strive for self-acceptance. The folly of this approach is self-evident, but these ideas were given great credence, even by the church. Freud invented the idea of *mental illness to create the impression that “patients” are the *victims of outside influences, rather than *violators of their conscience and of traditional *standards of behavior. He encouraged the expression of *feelings rather than confession of sin as the best way to deal with a troubled personality. The philosophy of Freud quite naturally led to an outbreak of crime and the “*sexual revolution” of the 20th century.

Who was Sigmund Freud? (1856-1939) Sigmund Freud was a Viennese physician and founder of psychoanalysis and the father of modern psychology.

Historical context. Freud lived most of his life in Vienna, a hotbed of radical humanism at the time. When Hitler occupied Austria in 1938, Freud was persuaded to flee to England because of his Jewish heritage. He died there a year later from cancer of the jaw.

Freud, like Beethoven and many others, drew inspiration from the German pantheist, Goethe and from Hegel. He referred to himself as “a completely godless Jew” and a “hopeless pagan.” (1) Freud’s humorous personality and happy family life belied the destructiveness of his philosophy. He contributed important theoretical research in neurology (study of the nervous system) before turning to clinical work.

Freud’s most productive years were the period from 1895 to 1900, which coincided with the apex of what is referred to as the Gilded Age. This was an age of excitement and prosperity for many, but beneath the surface glitter lay the soul of a society tormented by alienation from God. Thus, it was a society peculiarly vulnerable to the psychological heresy of Sigmund Freud.

Summary of Freud’s teaching. In 1896 Freud coined the term “psychoanalysis” to describe his method of exploring subconscious (Id) motivations via stream-of-consciousness expression of thoughts and interpretation of dreams. According to Freud, the Id seeks to express itself through sex and violence, but a Superego (conscience) over sensitized by parents or church and society frustrates the Id on the subconscious level. The Psychiatrist sides with the Id against the oppressive Superego to dispel what is defined as false feelings of guilt. The Ego, or the conscious self, becomes the arbiter. He outlined the principles and techniques of psychoanalysis in his most important work, Interpretation of Dreams, in 1899. Rather than God and the Bible, the Id was now seen as the controlling influence, with the Ego (consciousness) a weak shadow.

Freud introduced the medical model to counseling, in which abnormal behaviors are assigned medical names, implying that they are caused by influences external to the subject. For example, the term “neurosis” is assigned to thought patterns or actions that are irrational or depressive. Likewise, “psychosis” refers to extreme mental disorder associated with loss of contact with external reality.

Freud saw in man a “mortido instinct”, the will-to-death, which left him with a pessimistic attitude toward the future of mankind. “The goal of all life is death,” he said, “Life is but the circuitous route to death (2)” .

Implications for subsequent history. Freud’s model has been almost as successful in psychology as Darwin’s was in science. The only hitch is that it doesn’t work; patients don’t get better any faster than if they simply counseled with a friend. In fact, they usually get worse. Freud’s medical model works to desensitize the conscience (superego) to the pangs of guilt produced by irresponsible behavior. It offers an excuse for sinful behavior by locating its cause in the past or in the external environment, thus shifting the focus from sinful disobedience intrinsic to the individual. By this means Freud undercut the authority of biblical religion by offering a scientific alternative to the expiation of guilt. Instead of divine forgiveness, men were encouraged to seek self-forgiveness and self-absorption. Reliance on religion was described as a form of neurosis.

In its place arose an educational establishment dedicated to empowering man with the knowledge of how to improve his material environment. Having yielded its educational role to the government, the church’s counseling role was also weakened. Christian pastors yielded to the expertise of psychologists and psychiatrists and their supposed superior understanding of human nature and counseling. The power of the Word of God to produce a man of God “perfect, thoroughly furnished unto all good works” (II Timothy 3:16,17) was denied by a cult of therapy. Pastors were encouraged to defer and refer their parishioners to the therapist.

Although his work was met initially by determined opposition from the Viennese medical community, growing international awareness led to formation of the International Psychoanalytic Association in 1910. Thus was born the “mental health” industry, based on the dubious idea of “mental illness”. Under this model sin must no longer be rebuked, but rather handled delicately as sickness.

Freud greatly encouraged the free expression of inner impulses, thus paving the way for the sexual revolution of the 20th Century. He saw sex as one of man’s fundamental motivations as articulated in the Oedipus Complex. That is the attraction to the parent of the opposite sex and unconscious desire to kill the other. Society, not the perpetrator, is now held to be responsible for crime; and since everybody is responsible, nobody is responsible. Lawbreakers are treated as victims of society rather than violators of justice.

Biblical analysis. Freudian counseling leads to death — “All they that hate me love death” (Pr. 8:36). Timothy was cautioned to avoid the profane and vain babblings, and oppositions of science falsely so called….” (I Tim. 6:20). He was further exhorted to hold faith “and a good conscience; which some having put away concerning faith have made shipwreck” (I Tim. 1:19). Apart from chemical imbalances in the brain or demon possession, mental illness per se, does not exist. The problem is generally not mental, it is moral. “The basic irregularity is not emotional, but behavioral. He is not a victim of his conscience, but a violator of it (3)”. Thus, a biblical approach to counseling would normally include five basic steps:

CATHARSIS: To relieve pent up emotions and define the problem (Pr. 18:13)

CONFRONTATION: To expose disobedient patterns of behavior. What triggers this? (II Sam 12:1-13)

CONFESSION: To God and other offended persons (James. 5:16)

CHANGE: To reinforce biblical patterns with homework assignments over time

Corrective or Prescriptive Actions: Freudian psychology encourages the individual to focus on the inner self in order to become “self-actualized” and autonomous. In reality such self-absorption perpetuates existing problems. Ironically, we are most truly ourselves when we can manage to “get outside ourselves” by focusing on others and on God (4).