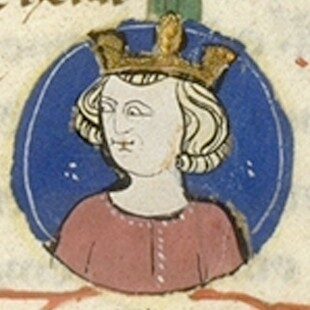 The Song of Roland depicts the tragic death of Charlemagne’s nephew, the commander of his rear guard, during a *withdrawal from a successful military incursion into Spain.  The poem depicts the life and death struggle of medieval Christendom with the *pagan religion of Islam.  Islam was founded in Arabia in *632 as a religious cloak disguising the expansionist policy of *Mohammed, a demon-inspired Arabian warrior.  During the next 100 years *Islam wiped out Christian civilization in North Africa and expanded into Spain before being turned back by the French under Charles *Martel at the Battle of *Tours (732).  Charles Martel’s grandson, Charlemagne, had been invited into Spain to settle a dispute between two Islamic rulers.  The story describes Roland’s conversion from *arrogance and self-sufficiency to genuine faith, and Charlemagne’s vindication of his death.  Although Roland’s death at *Ronceveax occurred on August 15, 778, the Song was not written by the Norman Turold until about 1100.

Who was Roland? Roland was Charlemagne’s nephew, growing up in the Frankish court to become one of the emperor’s 12 Council of Peers and a favorite knight. The story of his final battle at Ronceveax in the Pyrenees as commander of Charlemagne’s rear guard is immortalized in the Song of Roland. The song, or chanson, was not set to paper until the 12th century (about 1100) by the Norman Turold, whose name appears in the last stanza.

Historical context. The early Middle ages was a period of sturdy and rough-hewn Christianity, carved out of the rock of the surrounding paganism. Clovis, king of the Franks was converted to orthodox Christianity in 486 and Charles Martel (the hammer) repelled the Moslem invasion at Tours in 732. His grandson, Charlemagne (742-814), king of the Franks, was crowned the first emperor of the Holy Roman Empire by Pope Leo III on Christmas eve 800 A.D. The kingdom of Charlemagne was a sea of light surrounded by darkness. Islam lay to the south and southeast, Vikings threatened the north and Teutonic barbarians occupied the forests to the east-northeast. Since the days of Rome, the boundary between civilization and barbarism had rested on the line drawn by the Rhine and Danube. Charlemagne was almost constantly engaged in war on the frontiers; he battled the Saxons of Germany for some 30 years and imposed mass conversion to Christianity as a condition of peace. The German converts generally adopted an Arian form of Christianity. During his nearly half-century reign (768-814), Charlemagne also practiced the arts of peace, encouraging education, the arts, and Christian theology.

Summary of Roland’s teaching. The story in outline form depicts an incursion of Charlemagne, then 35 years old, into Spain near the Western end of the Pyrenees. After conquering numerous cities, he was forced to withdraw by news of an emergency on the Saxon frontier. Roland’s jealous father-in-law, Ganelon, was entrusted with the mission of negotiating with the Saracens at Saragossa. Instead, Ganelon betrayed Charlemagne’s plans, resulting in an ambush of his rear guard at the mountain pass near Roncesvalles. The detachment was spread out and vulnerable to the charge from above and 20,000 led by Roland were forced into the valley and wiped out after a pitched battle on August 15, 778. Roland in stubborn pride refused to alert Charlemagne with his oliphant (battle horn) until it was too late, but in the end he learned his lesson in humility and was escorted to Heaven. This much appears to be a matter of historical record.

According to the Song, Charlemagne returned to take vengeance on the Saracens, who were reinforced by an army from Babylon headed by Baligant. In the heat of the battle with Baligant, Charlemagne extended the offer of mercy. When invited by Baligant to submit, Charles responded, “To my way of thinking that would be vile and base. It is not for me to render either peace or love to a pagan. Submit to the creed which God has revealed to us, become a Christian, and my love for you will never end as long as you put your faith in the omnipotent King and serve Him.” The Emir rejected the offer, “You have begun a bad sermon!”, and Charlemagne, strengthened by an angel, dispatched him when the combat resumed (1).

Implications for subsequent history. In the treachery and trial of Ganelon we have a sobering illustration of the sovereignty of God in turning evil to good. Prior to Roncevalles, France was a feudal society defined primarily by its enemies – that which it was united against. Its cultural fabric was woven with many strands inherited from the pagan heroic code and barbaric system of family and individual vengeance. It was on this ancient code that Ganelon based the defense of his actions. In declaring his action to be treason France defined itself more clearly as a nation under God, an entity capable of being betrayed. “Now, however, through the condemnation of its native-born traitor, France takes on a native character and reveals exactly what it is that pleases God: it is a state in which all men are bound in loyalty through their ultimate obligation to the king… At the end of the poem Charles receives a new mission as head of a new born state” (2). Thus, the Song of Roland reinforces the development of the nation-state following the Investiture Struggle, in which the church tore herself free from the state.

The Song of Roland was written some 300 years after the fact and read to encourage the crusaders on their way to reconquer the holy land in the 12th century. Unfortunately, an anemic, western church has forgotten the valiant battle of Charlemagne and Roland against the Moslem hoards. Christianity is not a religion that advances by force, but it is a religion that will defend itself when threatened with extinction. “Let the high praises of god be in their mouth, and a two-edged sword in their hand, to execute vengeance on the nations…” (Ps.149:6,7).

With the exception of Islam, most of the world’s great religions are peaceful by nature. Islam, however, is the religion of the sword. Here is just one of many passages from the Koran that illustrate this, “Then fight and slay the pagans wherever you find them. And seize them, beleaguer them and lie in wait for them, in every stratagem (of war). (Sura:9, Ayat:5).

Founded in 632, Islam launched its religious jihad (holy war), wiping out every trace of Christianity in North Africa and Spain. After 100 years of bloody conquest, the Moslems were finally defeated in 732 by Charles Martel at the Battle of Tours and driven back across the Pyrenees. A mere 46 years later in 778 Charlemagne invaded Moslem Spain at the invitation of the governor of Saragossa, who was in revolt from the Emir of Cordova . He defeated every city he besieged, including Saragossa, and departed from Spain victorious.

The battle with Islam continues to the present day, their strength multiplied by the discovery of oil in the Middle East during the 20th Century. With the legalization of abortion in the 1970s, the birthrate in the West dropped to precipitous levels, while Moslems continued to produce large families. At the turn of the century, Moslems were actually being encouraged to immigrate and accept jobs in Europe to help fund the social welfare system for aging Europeans. It is projected that Islam will conquer Europe sometime during the 21st Century without firing a shot.

Biblical analysis. Thus, will be fulfilled God’s promise to curse and destroy the nation that rejects his law, no matter how favored they may have been in the past. “Because my people hath forgotten me…and they have caused them to stumble in their ways from the ancient paths…,” says the Lord, “I will scatter them as with an east wind before the enemy…in the day of their calamity” (Jer. 18:15,17). Meantime, the winds of revival are blowing strong in the despised third world – Latin America, sub-Saharan Africa, and China.

Corrective or Prescriptive Actions. The remnant in western Christianity must beseech the Lord’s mercy (II Chr. 7:14) and strive to rescue the squandered theological foundation, both in the West and in the fledgling third world church.  The spirit of “the church militant” must be rekindled for the advance of the gospel and the kingdom of Christ.  “Therefore, O kings, be wise, be warned O rulers of the earth.  Serve the Lord with fear, with trembling kiss His feet, lest He be angry and ye perish in the way, for His wrath is quickly kindled.  Blessed are those who take refuge in Him” (Ps 2:10-12).