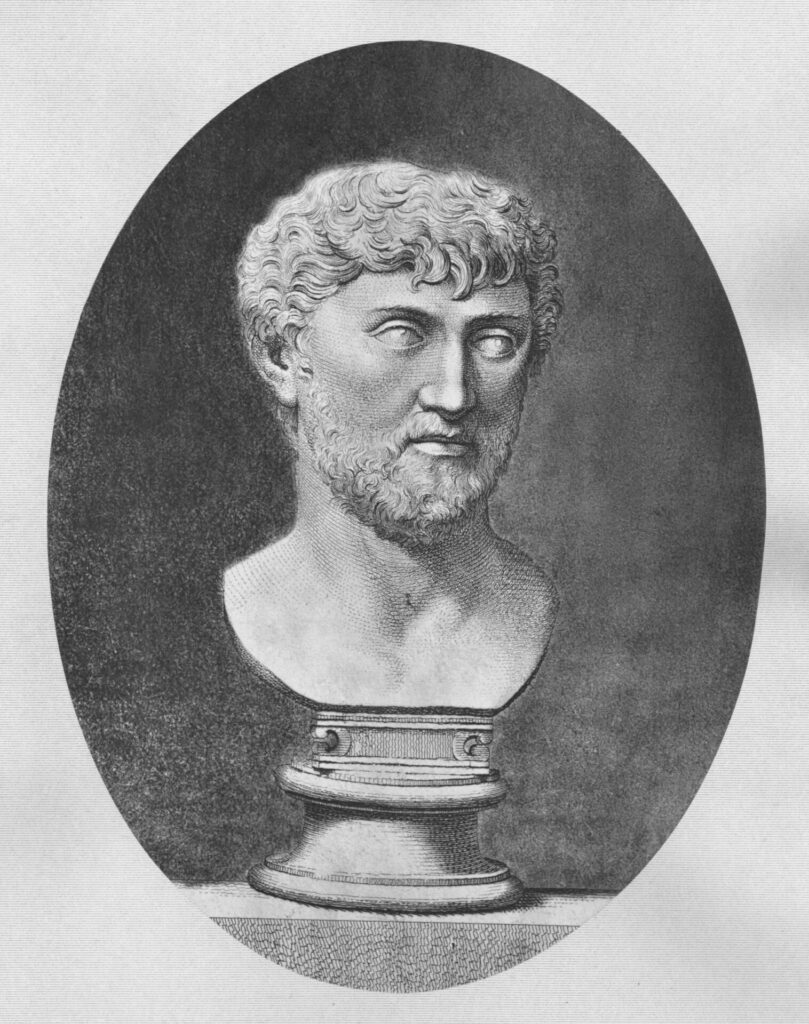 Lucretius was the ancient world’s most effective spokesman for *Epicureanism, the philosophy of materialism, which posits that all being derives from *matter.  Since there is no *God, according to Lucretius, man may be liberated from the fear of *death and judgment to live a life of dignified tranquility.  The *soul, being derived from matter, is simply *extinguished at death.  In De Rerum Natura Lucretius explains that life is governed by a complex system of *natural law, not simply by a quest for *pleasure, or hedonism.  Although Epicureanism did not enjoy widespread *popularity in its own day, it experienced a resurgence with the revival of *Classicism in the 17th Century and was adopted by such notables as Thomas Jefferson.