Aeschylus is known as the *father of Greek tragedy and the theologian of the *democratic Greek city-state.  Greek leaders are ravaged by cycles of familial feuding, with vengeance enforced by the divine Furies, until Orestes flees to the Areopagus in Athens for trail by *jury.  The jury is deadlocked until *Athena casts the deciding vote in defense of Orestes.  However, she is forced to placate the Furies by inviting them into the city as guardians of the *household and they are transformed into the peaceful *Eumenides.  Through a compromise with the powers of *darkness the city-state is transformed into the model of *political salvation for centuries to come.  By way of contrast, the Bible presents the City of God as a place of *safety in which the rule of *Christ is progressively manifested.

Who was Aeschylus? (525?-456 BC) Aeschylus was the father of the Greek tragedy and the theologian of the Greek city-state. He wrote some 90 plays, of which only seven are now extant, writing typically in a lofty, dignified, austere style.

Historical context. About 500 years before Christ, Greeks living in Asia Minor (modern day Turkey) revolted from their Persian masters, igniting 50 years of war between Greece and Persia. The first of these battles occurred at Marathon, a plain northeast of Athens in 490 B.C. The Greeks defeated a force twice their size. After the battle, Pheidippides raced to Athens to report the victory fearing that Athens might surrender to the Persian fleet. Pheidippides delivered the message, then dropped dead of exhaustion. Thus, was established the Marathon, an Olympic race equal to the distance traversed by Pheidippides. Aeschylus fought at Marathon. Ten years later 300 Spartans fought 180,000 Persians led by Xerxes to a standstill for three days at Thermopylae before they could break through to sack Athens. The decisive battle was fought in a naval engagement off the tiny island of Salamis ten miles from Athens, a dramatic Greek victory that cleared the path for the Athenian Golden Age.

Summary of Aeschylus’ teaching. Aeschylus presents justice in terms of movement from chaos to order, with the city-state the epitome of human socio-political development. “Justice” under the older Familial system is achieved by means of the blood feud, in which family members avenge the shedding of blood indefinitely. One murder leads to a retaliatory murder, which in turn provokes another murder, ad infinitum. Behind all this bloodletting are the Furies, the terrible and inflexible avengers of every violent crime.

Aeschylus illustrates this by tracing the family history of King Atreus and his brother, Thyestes. The cycle begins when Thyestes seduces Atreus’ wife. Atreus banishes his brother, then eventually invites him home to a dinner of reconciliation in which he feeds Thyestes a stew made from the flesh of his own children. Thyestes’ son, Aegisthus takes revenge on Atreus’ son Agamemnon by seducing his wife, Clytemnestra after Agamemnon departs for the Trojan War. Before embarking for Troy Agamemnon offers his daughter to the gods as a sacrifice. Seeking revenge for the senseless murder of her daughter, Clytemnestra joins Aegisthus in murdering Agamemnon after his victorious return. The cycle of vengeance continues when Orestes, the son of Clytemnestra and Agamemnon kills his mother for murdering his father.

The cycle finally ends when Orestes flees to Athens to escape the vengeance of the Furies for his matricide. The issue is decided in the court of the Areopagus, with the young goddess Athena casting the deciding vote in Orestes favor. The settling of disputes in a court of law by a democratic jury of one’s peers is thus presented as the orderly solution to the problem of the blood feud. The older generation of gods spoke in riddles through the oracle of Apollos at Delphi, but the new generation speaks openly and persuasively in the court of the Areopagus. Athena, the goddess of wisdom and war, is representative of a younger generation of gods, the Olympians, or gods of the city. As the daughter of Zeus, the Parthenon was dedicated to her worship. Athena accuses the Furies of pursuing only a caricature of justice, vengeance disguised as justice.

Implications for subsequent history. The Furies are persuaded by Athena to abandon their vengeful ways and participate in the new system as the peaceful Eumenides, or “kindly ones”. The Furies demanded definite authority in exchange, to which Athena replied, “No household shall be prosperous without your will.” By this act she subordinated the family to the state and the potential for divine wrath should the violence of the Furies be provoked. Normally, of course, the Furies are manifested as peaceful Eumenides to the submissive family. In all of this we see Aeschylus, the playwright most comfortable with Homer, providing the transition between the heroic era and the age of democracy.

The Greek city-state, sufficient unto itself, established the model of political salvation for centuries to come. The city-state cannot exist apart from an alliance with the powers of darkness – the Furies – to punish crime and wield the threat of terror. A union of city-states becomes the nation-state, animated by the energy of a semi-religious patriotism. The United Nations is a 20th century embodiment of this ideal carried to the international level.

At his trial, Orestes cross-examines the Furies, demanding to know why they did not require justice of his mother, Clytemnestra. He receives the incredulous reply that the mother is not related by blood to her children because she only nurses the father’s seed, “and the blood of the man she killed was not her own”. Thus, murder is of consequence only when it involves those who share the same blood. This twisted logic provided a theological rationale for the subordination of women in Greek and Roman society. Thus, the household is further weakened, with the corruption of the contractual bond between husband and wife.

Biblical analysis. The fragility of the Greek system of justice may be seen in the riotous response of an Ephesian mob when confronted by the truth of the gospel on Paul’s third missionary journey. The wrath of the Furies erupts in a lawless riot in which a huge mob demands the death of Paul who had challenged the cult of Diana worship. It was only after several hours that the mayor of the city was able to restore order by an appeal to due process of law. The Furies are again subdued by the wisdom of Athena.

This story illustrates the supposed divine union of the city-state and the gods, with the state thus fulfilling the surrogate role of “god walking on earth.” “And when the town clerk had appeased the people, he said, Ye men of Ephesus, what man is there that knoweth not how that city of the Ephesians is a worshipper of the great goddess Diana, and of the image which fell down from Jupiter” (Acts 19:35). “Cosmos means order, and the city-state represented order in a wholeness due to its status as the mystical bond of heaven and earth,” explains Rushdoony, “Against this state or cosmos there was no appeal, no higher law.” (1). The city-state represented a life of divine wholeness and unity, with its gymnastics, drama, architecture and Areopagus, or court of democratic justice.

By way of contrast, the biblical city is a place of true refuge, safety, order and justice under the law of God.  It promotes worship with its churches, defense with its walls and militia, justice with its courts,  commerce with its market, culture with its square, education with its families, welfare with its poor laws.  The word “city” means “safety”, but the city under the Greek Eumenides is a place of potential danger. According to Leithart, ”In the Bible, the “blood avenger” is not a vigilante outside the law but part of the legal system.” (2). The blood avenger of the Old Testament was required to chase the murderer into a city of refuge to ensure that he would stand trial in a court of law. If he was found guilty of premeditated murder, he was executed. However, if his crime was determined to be accidental manslaughter, he could live safely within the City of Refuge until the death of the high priest. (Num. 35:22-28).

Corrective or Prescriptive Actions. This is the New Jerusalem come down from heaven and gradually manifesting itself on earth. In it husband and wife dwell together as “joint heirs of the grace of life” (I Pet. 3:7) because in Christ “there is neither male nor female: for ye are all one in Christ Jesus” (Eph. 3:28).

Paul confronted the Greek system at its place of origin, the Areopagus, challenging its fundamental assumptions.

When you look at schools, ask about.

A good educate should be available.

99% of our graduates have gone to college.

When you look at schools, ask about the kinds of studies that they offer. Some high schools are academic, aimed at teaching children plan.

When you look at schools, ask about the kinds of studies.

Are you look at schools, ask about the kinds of studies that they offer. Some high schools are academic, aimed at teaching children who plan to attend college.

The World's First Christian Un-CollegeOver half of Christian students abandon their faith when they leave home to attend…
Posted in: Uncategorized Most Christian/Conservative parents send their children off to public school with little thought of what the outcome will…
Posted in: Lunch

There are no upcoming events at this time. 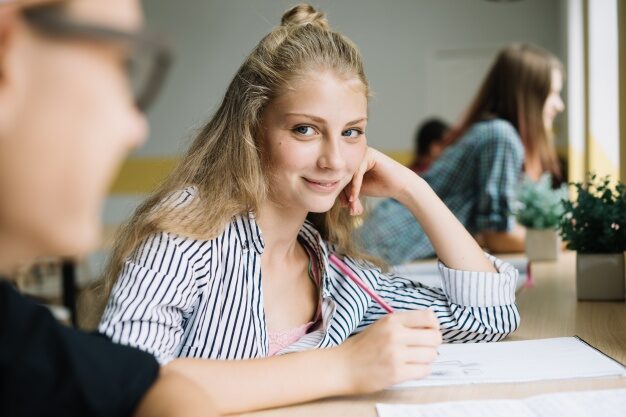 Special cloth alert. Always remember in the jungle there's a lot of they in there,… A High School with Education 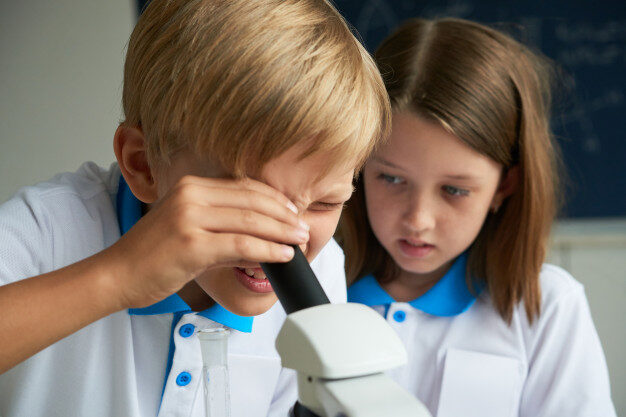 In every corner of our Middle School, our students explore their interests as they build… 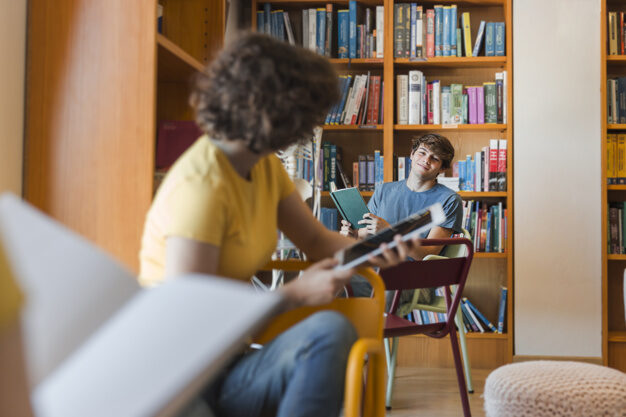 How to Write an Top Class Essay 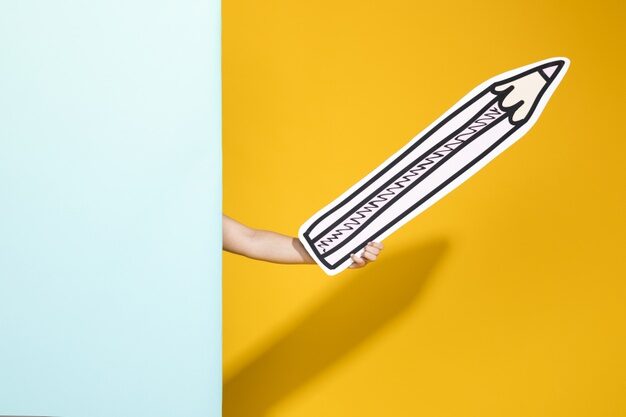 As a new WordPress user, you should go to your dashboard to delete this page…

Why Ed Academics is best Solution for Education

Find your voice, your movement, yourself. Opportunities for all levels in acting and dance, stagecraft, puppetry, playwriting, speechwriting and more. Join one of many clubs to explore even further.

Cutting-edge technology and innovation are linked.

Experience the joy of reading Greek and Latin authors.

Re-examine your views on technology’s place.

Understand the fundamentals of economics in one term.

“At this School, our mission is to balance a rigorous comprehensive college preparatory curriculum with healthy social and emotional development.” 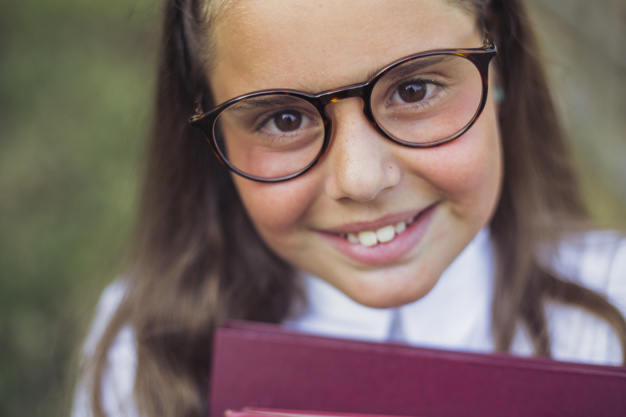 Diane Rosenberg
Student
“We want our students to become engaged global citizens. That requires imagination, flexibility, resilience, the ability to get along with others, and a sense of humor.” 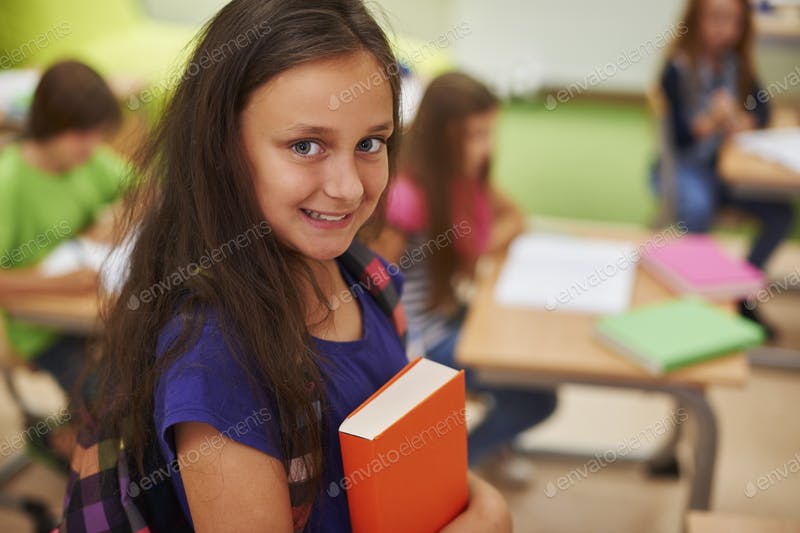 Taryn Grogan
Student
“At this School, our mission is to balance a rigorous comprehensive college preparatory curriculum with healthy social and emotional development.” Get in touch with us to discuss it: