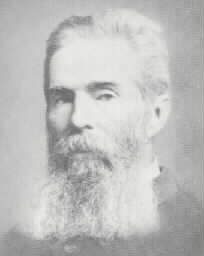 Moby Dick, Herman Melville’s powerful white whale, is most likely an allegory of the sovereignty of God. His color displays his righteous- ness. In the book of Job God uses the whale as an illustration of His power and sovereignty. Captain Ahab resists that sovereignty and leads the crew of the Pequod to destruction. This was in contrast to Jonah, who learned from a whale to submit to God’s sovereignty.

Who was Herman Melville? Herman Melville (1819-1891) was born to a devout, but financially unstable, Dutch family in New York City. Melville took to the sea in 1838 as a harpooner and later as a Naval seaman. This experience furnished material for his novels of adventure on the high seas. He is considered one of a handful of America’s greatest authors. One evening Melville was a guest in the home of his friend Nathaniel Hawthorne.  He told the story of a desperate fight he had seen among a group of Polynesian warriors in the South Seas. Melville thrashed about the living room, dramatizing the action with great energy.  After Melville had gone, Mr. And Mrs. Hawthorne searched in vain for the club they were convinced Melville had been wielding. Questioning their friend the next morning, they learned that there had been no club.  It was a trick of the imagination, created in their mind’s eye by the vividness of Melville’s pantomime. He was adept at painting word-pictures too. For instance, “With the landless gull, that at sunset folds her wings and is rocked to sleep between billows; so at nightfall, the Nantucketer, out of sight of land, furls his sails, and lays him to his rest, while under his very pillow rush herds of walruses and whales.”

Historical context. The rationalism of the 18th Century gave way to the romanticism of the 19th.  This was a backlash against the Deism and Naturalism that had driven God out of His universe. Men longed for an immanent God whom they could know and experience in the depth of their being.  Sadly, the quest for a personal God did not signal a return to orthodoxy.  In fact, it became fashionable to question and even scoff at Christianity. Herman Melville was a writer afflicted with such a spiritual ambivalence.

Moby Dick was based on the harrowing story of a whaling vessel, Essix.  She departed from New England shores bound for the South Atlantic.  There it was attacked by a giant Sperm Whale and sunk. The crew escaped in three small boats, one of which was lost. Before being rescued, the sailors on one of the other boats had cast lots to choose who would be sacrificed for cannibalism.

Summary of Melville’s teaching. With the final stroke of the pen on Moby Dick (1851) Melville lamented, “I have written a wicked book.” The theme of Moby Dick is the futility of resisting the sovereignty of God.  It is written from the standpoint of one who knows the ways of God, yet persists in struggling against Him. Pastor Mapple’s sermon on Jonah prior to the voyage lays out the great theological verities.  These concern the sovereignty of God, the futility of resisting His purposes, and the blessing of submission. The rest of the book illustrates those verities in the voyage of the Pequod and her perverse quest to destroy the great white whale.

Implications for subsequent history. Moby Dick is a reflection on the soul of its author.  It also mirrors the soul of the society in which he lived.

After some early popularity most of Melville’s works remained hidden in obscurity.  Not until the 1920s was their genius recovered.

Biblical analysis. The great white whale we take to be a picture of the sovereignty of God. It is mysterious, weighty and deep.   The vanity of all efforts to frustrate His counsel is seen in the broken harpoons lodged in his back.  They appear as so many hat pins. He circumnavigates the globe answering to none but his own will. His white complexion is an indication that all His ways are righteous and His purposes good. God directs Job to Leviathan, the mightiest of the sea monsters to illustrate His great creative power. “Canst thou draw out leviathan with an hook? Lay thine hand upon him, remember the battle, do no more. Darts are counted as stubble: he laugheth at the shaking of a spear…he is a king over all the children of pride.” (Job 41:1, 8, 29, 34).  Notes in Melville’s Bible reveal the depth of his study in the book of Job.

The crew of the Pequod is the human race in microcosm, adrift on the sea of life. Among her passengers is the pagan chieftain Queequeg.  He is pictured as something of a noble savage. For the most part the crew is secular and

ignorant.  The first mate (Starbuck) – a fainthearted Christian – is unable to resist their evil destiny. The narrator and protagonist is Ishmael, the archetypical wanderer and skeptic.  He alone is preserved, a trophy of God’s mercy in judgment. Captain Ahab is a backslidden Quaker, bitter over the loss of his leg to the white whale.  He turns the voyage into a quest for revenge against the perceived injustice of God.  He enters into Satanic covenant with the crew – the 3 harpooners in particular – to war against the great whale, the troubler of the race. Before the final battle a great calm befalls the ocean.  The sails hang limp and Ahab in his madness forces the crew to tow the ship with the row boats. Failing to heed the example of repentant Jonah, the crew of the Pequod pursues Moby Dick to their own destruction.

Corrective or Prescriptive Actions: There are two wrong responses to the sovereignty of God: 1) flight, as in the case of Jonah, and 2) fight, as in the case of Ahab. In either case God will prevail. By contrast, great blessing will attend those men and nations who yield in faith to the sovereignty of God: “…for God resisteth the proud, and giveth grace to the humble. “Humble yourselves therefore under the mighty hand of God, that he may exalt you in due time” (James 4:10).