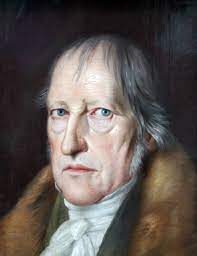 Hegel added the finishing touches to the destruction of the medieval quest for a unified field of *knowledge. This philosophical demolition job was inaugurated earlier by *Kant and Kierkegaard. Prior to this time men thought in terms of true and false, black and white, good and evil. Hegel changed all this by introducing his concept of the three-part *dialectic in which “truth” evolves over time. The starting point for Hegel’s dialectic is a propositional *thesis, which is challenged by an opposing idea, or *antithesis. The clash of thesis and antithesis produces a *synthesis, a completely new idea which in turn becomes the thesis for a new round of confrontational dialectic. This mental construct destroyed the idea of truth as *absolute, and sanctioned conflict and *revolution as essential ingredients in the historical process. Thus, anything that challenges the status quo or tradition is welcomed as *progressive. Centralization of power in the *state is an inevitable result. The cultural devastation revealed itself in an unprecedented rise in abortion, crime, war, gun control, loss of property rights, and much more during the 20th century.

Who was G.W.F. Hegel? (1770-1831) G.W.F. Hegel was a German teacher and philosopher who developed the extremely influential theory of the dialectic synthesis.

Historical context. “Beginning with Kant, German idealism came into its own in the philosophy of Hegel and it wrought a profound revolution in all areas of human thought. “Idea” is the key component of Idealism, a philosophy in which reality is defined in terms of a mental construct or perception arising in the mind.  Ascending from the debris of a Germany brought low by the Napoleonic conflict, this new philosophical movement, to a great extent, spread over Europe and conquered the minds of those nations which had fought on German soil. When it came into contact with French, English, and ultimately American culture, it underwent various transformations according to the cultural milieu in which it found itself, but underneath these differences superficially imposed, there was…a religious outlook which was largely pantheistic in content. This Hegelian philosophy is quite marked in the writings of the English Romanticists, and it is equally apparent in the works of contemporary American writers such as Thoreau and Emerson.” (1)

Summary of Hegel’s teaching. Prior to Hegel humanistic philosophers had sought to discover a unified field of knowledge. They thought in terms of anti-thesis – good vs. evil, truth vs. falsehood, etc. Seeking to improve on perceived weaknesses in Kant’s theory of knowledge Hegel completely changed the rules of the game. He proposed that two ideas in conflict both contain elements of truth. One is a thesis and the other is its antithesis. As the two ideas struggle and interact, a third idea – a synthesis of the two – emerges to take their place. This third idea Hegel called the synthesis. The synthesis becomes in turn a new thesis, waiting for the next antithesis with which to grapple. This “dialectic process”, as Hegel termed it, may continue indefinitely as the great social “spirit” or “mind” evolves.

Thus truth is perceived as evolving through historical conflict and anything that challenges tradition or any form of orthodoxy is potentially progressive and therefore welcome. There is no fixed or final standard of absolute truth. Hegel’s Phenomenology of Mind (1807) is just such a study of historical conflict. Hegel is a poor writer and his books make tedious reading, but his thesis is clear. Revolution for the sake of revolution is lifted up as an ideal.

Implications for subsequent history. The state plays a dominant role in the dialectic process as an agent of social change and according to Hegel man can realize true freedom only in relation to the state. Paradoxically, freedom means autonomy for man, a lawless freedom in which man makes up his own rules as he goes along. In reality this means freedom for the state as the representative man, and ultimate slavery for the individual. In Hegel the state becomes “god walking on earth”, a perverted, humanistic doctrine of the incarnation. As Italian strongman, Benito Mussolini, declared in true Hegelian fashion during the World War II era, “Everything for the State; nothing outside the State; nothing against the State.”

A little reflection will reveal that Hegel’s process of dialectic invites social confrontation and war because conflict is the essence of progress. Hegel’s philosophy was in fact a key link in the philosophical chain of events leading toward the dictatorship of Hitler in 20th century Germany. A propaganda barrage (antithesis) challenged prevailing biblical mores of compassion and care for the weak (thesis) leading to the synthesis of Hitlerian medical ethics. In this, the weak and infirm became subjects of cruel medical experimentation in Nazi concentration camps.

Hegel also had a profound influence on Karl Marx, philosophical founder of the most brutal tyranny in history. Many of Marx’s revolutionary ideas were hatched during his student days in long philosophical and political discussions with the “Young Hegelians” in the coffee houses of Berlin. The result was Marx’s unique application of Hegel, dialectical materialism. Rather than Hegel’s all-pervasive “mind”, Marx saw all things consisting only of matter.

Hegel’s theory of evolutionary social development very obviously paved the way for the Darwinian theory of evolution in biology. In fact, Hegel stated in a January, 1923 letter to one of his best students that “science alone is the theodicy.” Thus, Darwin’s 1859 Origin of Species took easy root in intellectual soil prepared by the plow of Hegel’s dialectic.

The Hegelian dialectic has since been employed in many forms to foment social change in the United States and elsewhere. For example, individual property ownership and management (thesis) is challenged in a largely contrived environmental crisis (antithesis) resulting in a new system of state land controls (synthesis). The new system is fascism in all but name, a system in which the individual owns the land on paper and is forced to pay property taxes on it, but is prevented from developing it to its full potential. Or the right to bear arms (thesis) is challenged by lawless acts of violence (antithesis) resulting in a tightening of controls on firearms (synthesis). Government intervention in the market (antithesis) produces disruptions in the free interchange of goods (thesis) resulting in further governmental controls (synthesis).

In all of this the state is increasingly manifested as the grantor of man’s freedom and security. But the freedom of the individual shrivels and ultimately dies. With the dialectic everything is in the process of becoming. The implications in the field of abortion have been macabre. Under the influence of dialectical reasoning, the human fetus has been redefined by the U.S. Supreme Court as “potential human life” and therefore expendable (Roe v. Wade, 1973).

Biblical analysis. The fundamental problem with Hegel is very simple – truth does not evolve, but has been established forever in the heavens. “Forever, O Lord, thy word is settled in heaven,” writes the Psalmist (Ps 199:89). None other than Christ himself confirmed the permanency of the Word of God: “Heaven and earth shall pass away, but my words shall not pass away” (Mk. 13:31). The Scripture pronounces a woe upon men such as Hegel, whose pen has wrought so much destruction: “Woe unto them that decree unrighteous decrees, and that write grievousness which they have prescribed. To turn aside the needy from judgment, and to take away the right from the poor of my people, that widows may be their prey, and that they may rob the fatherless” (Is. 10:1).

“You shall not follow a multitude in doing evil, nor shall you testify in a dispute so as to turn aside after a multitude in order to pervert justice” (Ex 23:2).  “Throw in your lot with us, we shall all have one purse, My son do not walk in the way with them.  Keep your feet from their path” (Pr 1:14,15).

Corrective or Prescriptive Actions: Do not let a crisis tempt you to overreact with a violation of the law of God.  Be constantly alert to the “false flag” thesis, an emergency contrived by government that invites their evil anti-thesis.  Try to wake up foolish people who allow themselves to be willfully deceived by malicious government and the medical mafia.