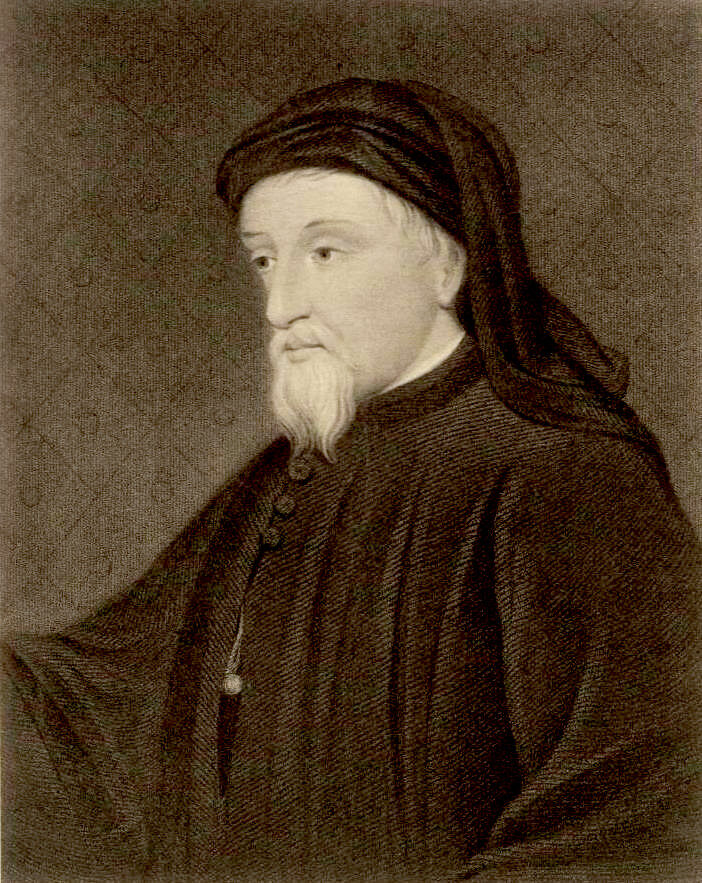 English Christians in the late middle-ages were much given to *pilgrimages to shrines such as the tomb of Thomas *Becket in Canterbury.  The Canterbury tales describes one such journey of a group of pilgrims gathered at the *Tabard Inn in London bound for Canterbury.  To pass the hours they enter into a story-telling *contest, which turns out to be a documentary on every facet of life in the *Renaissance.  The Pilgrimage thus becomes symbolic of the journey of *life, with almost every segment of humanity represented by a story.  This includes the chivalrous *knight, whose order is passing, the corrupt clergy, the emerging merchant class, and the hardworking plowman.  The institution of *marriage, in its ideal and perverted forms is explored in detail in a number of tales.  The only clergyman who earns Chaucer’s approbation is the *Parson, probably representative of John Wycliffe, the “morning star of the *Reformation”, and his Lollards.  The Parson summarizes the tales and offers reconciliation to the quarreling talebearers.

Who was Geoffrey Chaucer? (1342-1400) Geoffrey Chaucer was an English court official under Edward III and Richard II, knight of the Hundred Year’s War, and author of the Canterbury Tales, a classic of English literature.

Historical context.  “During his lifetime Chaucer witnessed the end of the Plantagenet dynasty, the beginning of the conflict between the Houses of Lancaster and York [Wars of the Roses: 1455-85] , the decline of the Crusades, the rise of the Reconquista [reconquest of Spain], the earliest European naval explorations, and the horrors of the Black Death.” (1). Chaucer’s age also saw the rise of hypocrisy and corruption among the clergy, resulting in the so-called “Babylonian Captivity” of the Western church (1309-77) and the Great Schism with two infallible popes claiming the title (1378-1417). The 1100s had witnessed an economic revolution and the rise of a class of merchants and craftsmen controlling European towns and cities. The warrior class of nobles continued to rule the state from their country estates. The Canterbury Tales describe all three of these social groups as well as the commoner.

The Hundred Years’ War raged intermittently from 1337 to 1453 as the result of English claims in France following the Norman Conquest. The Black Death of 1348-50 created a labor shortage and elevated former serfs, leading to the Peasants’ Revolt of 1381 under Wat Tyler. The boy king, Richard II suppressed the revolt, but his arrogant style led to his murder in 1399 and the onset of civil war.

The occasion of the Canterbury Tales was the journey of a group of pilgrims traveling from the Tabard Inn in London to the shrine of Thomas a Beckett at Canterbury. Becket and King Henry II were long-time friends until Henry appointed Becket Archbishop of Canterbury, the most powerful ecclesiastical position in England. Becket resisted royal encroachments on ecclesiastical authority and after six years of exile in France and a reconciliation of sorts, he was slain before the altar of his church by four of the king’s knight’s. Although the king had not directly ordered the murder, the outrage of the people forced him to submit to a whipping at Becket’s tomb, thereby acknowledging the independence of the church. Becket was declared a saint and pilgrimages to his tomb became commonplace until the days of Henry VIII and the English Reformation.

Summary of Chaucer’s teaching. The unique value of Chaucer’s work lies in the descriptive vistas it opens on everyday life in the heart of the Renaissance prior to the Reformation. The opening stanzas describe the various aspects of God’s creation as they awake to new life in springtime. At such a time of reawakening a spiritual longing is kindled in the heart of man and his thoughts turn to pilgrimage, a quest for God and ultimate meaning. The Canterbury pilgrimage is a picture of the journey of life, the pilgrims being typical of the entire human race. The tales the pilgrims tell in the story-telling contest are revelatory of their lives and philosophies of life, even as each of our lives tells a story.

The prologue introduces the cast of characters, describing their social, psychological and spiritual characteristics. The tales told by each pilgrim reinforce and expand on the character presented in the Prologue. An ideal type is introduced in each social group and the knight is presented first as the epitome of medieval character: wise, merciful and prudent. Later he intervenes to reconcile a bitter exchange between the Pardoner and host, Harry Bailey. There is also the hard-working Plowman and his brother the earnest Parson. By contrast, the Prioress, the Merchant, the Franklin (noveau rich), the Squire, the Summoner (tax collector) and others are all presented with their unique quirks and blemishes.

On the whole, the priestly caste does not fare well in the Canterbury Tales. The Monk is presented as a secular, masculine “hunter”, implying sexual predation. The Friar is morally and intellectually corrupt, preferring the ornaments of speech to its content; he uses his flatteries to defraud poor widows. Likewise, the Pardoner, who made a living selling Papal indulgences. Such was the state of the Roman Catholic Church a century before the Protestant Reformation. Only the Parson wins Chaucer’s approbation as a man of simple virtue and godliness; his story concludes the Tales. He is perhaps a type of John Wycliffe, who translated the English Bible in 1382, and his Lollards who pointed the way to the Reformation of the church over 100 years before Luther, with his English translation of the Bible in 1378. The Parson, in fact, is not introduced until the end where his sermon serves to summarize , warn, and offer reconciliation to the participants in the game (of life), which has tended to degenerate. Even so, the Parson’s powerful sermon is tainted by vestiges of Roman Catholic dogma. These include penance, venial/mortal sin distinctions, holy water, Mariology, purgatory, holy orders, marriage as sacrament, and the confessional.

Thus, the stories are arranged loosely in clusters, with subplots developed in the interaction of certain characters related by rank or occupation or as social antagonists. Besides the church, another such subplot has to do with issues revolving around Medieval perceptions of the institution of marriage. The Wife of Bath first presents what might be described as the modern feminist view in which she has ruled over her five husbands and flouted chastity. Then, by way of contrast, we are introduced to the overly-submissive Griselda in the Clerk’s “speech.” Other flawed portraits of marriage are presented in the shrewish wife of the merchant and the young, lovely, but treacherous May, who marries and befools her old husband, January, for his money. At last the Franklin presents the ideal type of mutual submission and self-sacrificial love.

Implications for subsequent history. On the philosophical level, Chaucer is examining the practical effects of man’s fundamental attitude toward truth – is it transcendent or merely nominal in origin? If the latter then it is subject to whatever definition the finite mind of man may give it — the word “nominal” meaning “in name only.” If the former then it is given form outside of man, ultimately in the Mind of God Himself and in His Revelation. In their pagan construct these concepts may be traced back to the perfect geometric forms of Plato’s Idealism and the particular objects of Aristotle’s Nominalism. The Scholastics of the 14th Century were occupied with debating and applying these ideas following the lead of Thomas Aquinas’ Summa Theologica (1274). The attitudes accompanying these ecclesiological problems are caricatured in several of Chaucer’s clerics, whose ghosts have haunted us to the present day

Biblical analysis. “Ye are our epistle written in our hearts, known and read of all men:…written not with ink, but with the Spirit of the living God; not in tables of stone, but in fleshy tables of the heart” (II Cor. 3:2,3). Each of us spins a tale as we tread the path on the pilgrimage of life. Gregory Chaucer has set before us many marvelous examples, both positive and negative, to guide our footsteps in the way. “Therefore seeing that we also are compassed about with so great a cloud of witnesses, let us run with patience the race that is set before us” (Heb. 11).

Corrective or Prescriptive Actions: As of this writing in July, 2002, scores of Catholic priests in America are facing allegations of homosexual child abuse extending back 20 years or more. By labeling this as child abuse rather than sodomy, the humanistic press can pillory the church without compromising its commitment to “gay rights.” Integrity and morality in journalism is the need of the hour.