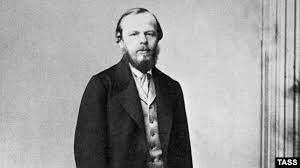 The 18th century age of *reason spawned a family of hideous children who were just coming of age in the 19thcentury: Nihilism, Socialism, *Atheism, Unitarianism, and others. The novels of Fyodor Dostoevsky are masterpieces at exposing the murderous *consequences of these philosophies. Dostoevsky experienced the Russian *Gulag firsthand, imprisoned for several years in the *Czarist crackdown on *socialism in 1849. He chronicled this experience in House of the Dead . Crime & Punishment, written in 1866, traces the *murderous thought pattern and actions of a man caught in the embrace of Nietzsche’s “Will to *power.” Dostoevsky’s magnum opus, The Brothers Karamozov, shows how the lawless creed of *atheism means that there can be no *crime and therefore no restraint on human behavior. A story within the story, The Grand Inquisitor, exposes the folly of giving priority to man’s *material needs above the spiritual, another natural outcome of atheism.

Historical context. The church is commanded by Christ to be a “salt and light” preservative in the world (Mt. 5:13,14), a duty neglected by the Russian Orthodox church because of her doctrine of kenosis. The doctrine of kenosis arises from a misinterpretation of Phil. 2:6-8, the passage describing how Christ emptied himself by divesting Himself of His heavenly glory in the incarnation. Orthodox and Lutheran theology extended the idea to mean that Christ voluntarily laid aside his power and adopted a stance of non-resistance to evil during His earthly sojourn. Passivity and pietism thus paralyzed the Russian Orthodox church and sanctioned growth of an autocratic government over five or more centuries (1).

For nearly three centuries of the modern era (1613-1917) the Russian government was in the hands of the Romanov dynasty. Their passion was to make Russia a great world power and they did not hesitate to exploit their people to fulfill that dream. In 1649 a law code was adopted that forbade the migration of peasant farmers from estates, thus establishing a rigid class culture, frozen both socially and geographically. This caste system remained until abolished by Alexander II in the wake of defeat by Britain and France in the Crimean War of 1856.

The country was heavily taxed to pay for the expansionist policies of Peter the Great, who ruled from 1682 to 1725. Even worse, Catherine the Great strengthened the already oppressive serf laws. For a time following the defeat of Napoleon, Russia under Alexander I enjoyed a reputation as Europe’s most powerful empire. However, she was soon overtaken by the Industrial Revolution, which began in England and spread gradually across the Continent, not reaching Russia until the late 19th Century. When Alexander died in 1825 a group of reform-minded Army officers known as the Decembrists sought to abolish serfdom, but they were rather easily dispersed by Nicholas I. In 1848 a wave of socialist revolutionary fervor swept Europe in reaction to abuses of the Industrial Revolution. The reaction of Nicholas I was to expand censorship and the bureaucracy, including a new state security police.

Dostoevsky himself fell victim to the caprice of Czar Nicholas I at mid-life. As a young engineer in the service of the government he joined a socialist discussion group. Exposed by a mole, the entire group was dragged before a government firing squad in April, 1849. At the last possible minute a courier from the Czar arrived with a dispatch informing them that their sentences had been commuted to four years in the Siberian Gulag. The entire execution had been staged to terrify the victims and supposedly magnify the mercy of the Czar. Dostoevsky spent four years in prison as an outcast among outcasts, an experience he later described in The House of the Dead (1861).

Summary of Dostoevsky’s teaching. Much of Dostoevsky’s work came in response to the above mentioned socialism and other destructive philosophies of the early 19th Century. The 18th Century Age of Reason assigned prominence to the mind of man and his alleged ability to fathom the depths of the universe apart from God. Many of Dostoevsky’s novel’s depict the lethal consequences for those who embrace the philosophies of death spawned by this rationalism: Nihilism, Socialism, Atheism, and others. Nihilism is the philosophy of skepticism and despair that springs from the belief that there is no God, no moral principle, no virtue, and no real existence — nothingness.

Dostoevsky was a master at portraying the consequence of various popular philosophies on the lives of his characters. For example, Crime and Punishment (1866) describes the deadly influence of Nietzsche’s “will to power” by an individual who decides to test the theory by murdering an old pawn broker. The novel is a powerful study of the psychology of the criminal mind and the work of God in bringing the criminal to repentance. Dostoevesky struggled for many years with an addiction to gambling, which he finally learned to control with the help of his second wife. His struggle and the devastating social consequences of gaming are depicted in The Gambler (1866).

Notes From Underground (1864) is an allegory of modern man, whose philosophy renders him powerless to give or receive love. It is a Swiftian allegory against the Socialistic Utopia promoted by Chernyshevsky’s popular novel, What Is to Be Done? The story ends in despair, when the “Underground Man”, having powerfully persuaded a prostitute to reform her life, cannot afterward accept her love. Notes From Underground was the first of Dostoevsky’s five mature novels, which included Crime and Punishment and concluded with his magnum opus, The Brothers Karamozov.

The Brothers Karamozov (1879-80) is the story of four brothers, each representative of a unique segment of humanity. Alyosha, the youngest, is sensitive and religious in contrast to Dmitry, a sensual army officer with a compulsive gambling problem. Ivan is an urbane, atheistic journalist, author of the oft-repeated assertion, “If there is no God there is no law, and if there is no law there is no crime, and if there is no crime then everything is permitted.” This prompts the fourth half-brother – a Judas type – to murder father Karamozov. Dmitry is accused and convicted, but in the process he and Ivan are led to faith in God, their eyes having been opened to the deadly outcome of atheism.

Implications for subsequent history: Dostoevsky has been ranked among the greatest writers in world history. For example, The Brothers Karamozov is often compared to Oedipus Rex and Macbeth, all three dealing with parricide, the killing of a parent. Dostoevsky’s works foreshadow the coming of Revolution as a result of rejecting God, and thus remain relevant for today.

Biblical analysis. “V.V. Rozanov, a fervent admirer and disciple of Dostoevsky, first maintained that all Dostoevsky’s work culminates in the philosophical and religious statement of ‘The Grand Inquisitor’ and that the clue to all his subsequent fiction is contained in the Notes From Underground.” (2) As the drama of The Brothers Karamozov unfolds Ivan shares his famous legend of The Grand Inquisitor with Alyosha. In the Legend Christ returns to succor his people in the fires of the Inquisition in Seville “when fires were lighted every day to the glory of God”. He heals and raises a young girl from the dead just as before, but is arrested by the Grand Inquisitor.

The Inquisitor charges Him as “the worst of heretics” for offering men freedom and Bread from Heaven but refusing their greatest need – the need for earthly bread. He refused it for Himself in the temptation by the “Great Spirit” in the wilderness and refused it to the people on the Sea of Galilee. He left the keys to the kingdom to the Grand Inquisitor when He departed and has no right to return and disturb the work that the Inquisitor is completing. “Feed men and then demand virtue from them!,” he cries. “Make us your slaves, but feed us”, they will reply. The Roman church he explains has seated herself on the “Beast” and taken his civil sword in order to organize a “universal state.” “They will huddle close to us in fear,” he continues, “…because we allow them to sin. We shall tell them that every sin will be expiated.”

Thus, we find Dostoevsky to be a master at illustrating the biblical admonition “There is a way that seemeth right unto a man, but the end thereof are the ways of death” (Pr. 14:12). As Richard Weaver put it so eloquently in the 20th Century, Ideas Have Consequences; Weaver of course, was echoing the words of David, some 3000 years before, “For as he thinketh in his heart, so is he” (Pr. 23:7). Dostoevsky’s warnings went unheeded, Russia failed to turn to the law of God, and the Bolshevik Revolution of 1917 proved once again that “All they that hate me love death” (Pr. 8:36).

Corrective or Prescriptive Actions: We must guard our thoughts with all diligence because ideas have serious consequences.