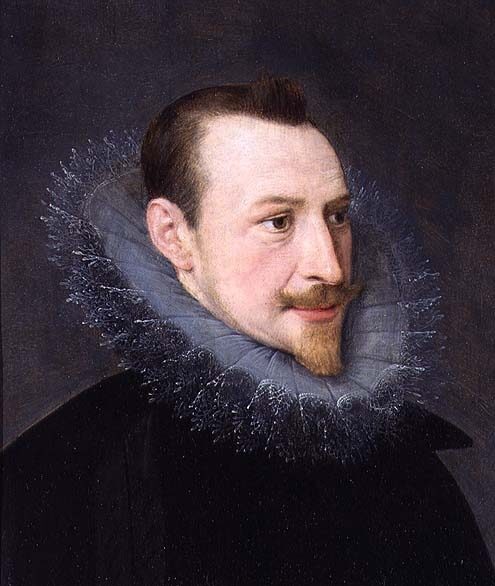 The *Faery Queen is a poetic representation of the reign of queen *Elizabeth I, inaugurating a stable, world-conquering government that ultimately found expression in the British *Empire.  A certain mystique grew up around the person of the queen that was magnified in the miraculous defeat of the Spanish *Armada (1588) during the Catholic *Counter-Reformation.  It is this ambient awe that Spencer romanticizes in the Faery Queen.  Initially, there was an infusion of Christian *Cabala that some of the Puritans adopted as an evangelistic strategy against Jewish Cabala.   *Rosicrucianism emerged somewhat later among the John *Dee faction in the court, as it became necessary to mask the *esoteric elements from public view.  This included Sir Francis *Bacon, the likely author of the Shakespeare plays and sponsor of the initial 1607 outreach to the New World in the Jamestown colony.

Who was Edmund Spenser? Edmund Spenser was the leading poet of the Elizabethan era, who set the standard for chivalric romance and historic allegory in his classic, The Fairy Queene.

Historical context. Queen Elizabeth had come to the English throne after the death of her half-sister, Mary. Elizabeth was a religious moderate who brought an end to the fiery persecution of Protestants under “Bloody Mary.” Nonetheless, the religious conflict was aggravated by the aggression of Phillip II of Spain, and as a result Catholicism was driven underground by Elizabeth. Phillip was waging a brutal war of aggression against the Dutch and seeking to undermine England’s authority in Ireland during what is now known as the Counter Reformation. Jesuit missionaries had turned most of the Irish against England, leaving her vulnerable to Spanish attack on the western flank. The magnitude of the Spanish threat was revealed in the abortive invasion of the Spanish Armada in (1588), but Spanish subversion of Ireland continued.

Thus, the English were compelled to rule Ireland with a heavy hand from an area of relative safety around Dublin known as the “pale”. After an early career as an aspiring courtier in and around London, Spenser immigrated to Ireland as secretary to the military administrator, Lord Arthur Grey. He lived in Ireland for many years, acquiring extensive land holdings, including his residence at Kilcoman Castle in central Munster. Near the end of his life, he was driven from Ireland by a general uprising and fled to London, where he died in 1599.

Summary of Spenser’s teaching. Spenser was a committed Protestant Christian and viewed himself as a poet/prophet, whose mission was to stir the conscience of the English court. Poetry was regarded as more influential than philosophy because it stimulated its readers to identify vicariously with its ideals. The court, however, did not always take Spenser seriously, regarding him more often as merely a sophisticated entertainer. He lobbied many years without success for patronage from the court and was finally rewarded with a 50-pound annual stipend from the Queen.

The thrust of Spenser’s work was patriotic rather than theological, and thus anti-Catholic. His magnum opus, The Faerie Queene, (1589, 1596) was written to extol the emerging Britannia, given fresh life in the revival of the ancient Celtic Tudor line, of which Elizabeth was the glorious representative. In a letter to his friend and neighbor, Sir Walter Raleigh, Spenser revealed that his purpose in The Faerie Queene was to provide a character model for the English Gentleman. Elsewhere, he stated that “The general end therefore of all the book is to fashion a gentleman or noble person in virtuous and gentle discipline.” Gloriana, Queen of Fairyland, is a figure of Queen Elizabeth and a revived Arthurian glory. As originally conceived, the work was to consist of 12 chapters, each devoted to the adventures of an English knight who personified the quest, however imperfect, for a particular virtue. Only six chapters were completed.

Spenser’s second marriage to Elizabeth Boyle in 1594 inspired one of the most beautiful love sonnets in the English language, Amoretti and Epithalamion. In spite of his early ambition for advancement as an English courtier, Spenser developed a preference for the simple pleasures of the untamed, Irish countryside. This sentiment was embodied in his fictional biography, Colin Clouts Come Home Againe in 1595.

A View of the Present State of Ireland was written late in life and published long after his death in 1633. The work recommends a harsh, even genocidal, approach to the Irish problem which led C.S. Lewis to conclude that Spenser “was a bad poet because he was in some respects a bad man” (4)

Implications for subsequent history. A View of the Present State of Ireland may have inspired Cromwell’s harsh measures toward the Irish during the Interregnum, some 50 years after Spenser’s death. During his 1649 Irish campaign, Cromwell exterminated soldiers and civilians alike in the first city he besieged, and subsequent resistance evaporated.

Spenser’s work is Historical and religious allegory combined with romance. As opposed to an epic, the medieval romance typically interlaces multiple plots and portrays the character development of a less than perfect hero in an imaginary kingdom. Spenser had a powerful influence on Milton and romantic poets such as Keats, and Shelley. Spenser created an archaic language that enhances the grandeur of his epic themes. He utilizes a nine-line cadence which has come to be known as the Spenserian stanza: ababbcbcc.

Biblical analysis. The six chapters of The Faerie Queene exemplify the Chivalric virtues of holiness, temperance, chastity, friendship, justice and courtesy. Spenser exhibited biblical loyalty in defending his friends when he felt they had been mistreated. Moreover, he used his poetry to exhort those he admired in positions of authority, sometimes to the point of indiscretion. In fact, his remonstrance’s against Elizabeth’s marriage negotiations with the Catholic Duke of Anjou may have resulted in his “banishment” to Ireland.

The beauty and craftsmanship of Spenser’s poetry belie the fact that he is an effective perpetrator of the classical synthesis that has plagued the church for two millennia. His portrayal of the individual working out his own salvation (Phil. 2:12) is penetrating and inspiring. However, when it comes to guidance for the Christian statesman, he turns to an admixture of Christianity and classical authority. Scant attention is given to the law of God. Spenser had been steeped in the classics at the Merchant Taylors’ School in London and at Cambridge. And while Book I of The Faerie Queen (St. George and the Dragon) is a grand allegory of the Christian life, subsequent books rely far more heavily on classical motifs and allusions. Thus, Spenser drew from and contributed to both the best and the worst elements of the classical perspective.

“From the beginning, the medieval university was committed to classical education, and from the beginning, rationalism and irrationalism (mysticism) undermined the Christian roots of education. By the time of Cromwell and the Puritan Revolution of 1642-59, the Puritans suspected that the curriculum of Oxford and Cambridge was against them, yet they did not seek to change it. They hoped that inward salvation would somehow make Renaissance rationalism Christian.” (3)

Corrective or prescriptive actions. The sword of the Spirit is more powerful than the sword of the flesh. Because of the missionary work of St. Patrick, Ireland remained a dynamic Christian nation for some 300 years after his death in 461. Unfortunately, the Viking invasion beginning in the late 8th Century succeeded in disrupting Christian civilization in Ireland. From settlements on the coast, they sallied inland to destroy monasteries and pillage the countryside. For centuries turmoil reigned until zealous, Jesuit missionaries succeeded in establishing the Catholic faith in a relatively brief period during the Counter Reformation (1580-88). The Reformation in Britain was a notoriously top-down affair that had failed to capture the hearts and minds of the Irish people, and indeed antagonized them. While the children of Henry VIII were preoccupied with internecine power struggles, the Jesuits captured Ireland peacefully with the Roman version of works-salvation. Thus, we find that a foreign policy encouraging missionary “conquest” is more effective than heavy-handed military domination.