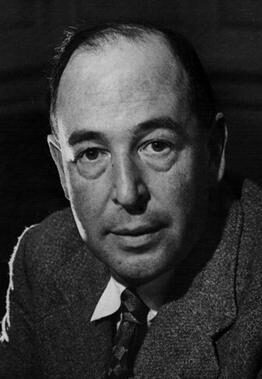 There is no better analyst than C. S. Lewis when it comes to exposing the Devil’s stratagem for attacking the church and the individual *Christian. His best-selling masterpiece The Screwtape Letters is a *satirical, but at some points terrifying *expose of the fine art of temptation from the Demonic perspective. Likewise, The Chronicles of Narnia proclaim the gospel and relate the cosmic story of good triumphing over evil in an *analogical format that appeals to children and adults alike. In That Hideous Strength the allure and the danger of an *esoteric approach to advancement and influence are exposed. Unfortunately, when it comes to *apologetics Lewis cannot be trusted. His expose of evil is brilliant, but like so many of his forerunners, his recommendations for dealing with that evil leave much to be desired. Rejecting the authority of Old Testament law, Lewis appeals to *natural law as a fount of truth and morality supposedly common to all men, which he calls the *Tao. He challenges the unregenerate, natural man to tap into this fountain and use his *common sense in debating the pros and cons of the Christian *revelation.

Who was C. S. Lewis? (1898-1963) Tutor at Oxford and later professor of medieval and Renaissance English literature at the University of Cambridge. Prolific author and defender of the Christian faith.

Historical context. C.S. Lewis was in his heyday during the years surrounding World War II. A number of his books grew out of a series of radio lectures he presented during the War on the British Broadcasting Company. He was sometimes criticized for what appeared to be petty moralizing in the context of the world conflagration. However, Lewis realized that it was the cumulative impact of many individual failures to practice Christianity that led to the great War.

Summary of Lewis’ teaching. C.S. Lewis has done the church a service in his detailed expose of Satanic devices and stratagems. On the personal level these include, among others, his famous Screwtape Letters (1942), Mere Christianity (1952), and the Chronicles of Narnia (1950ff). The Screwtape Letters are a humorous, yet sobering, look at the fine art of tempting a human “patient” through the eyes of the demon Screwtape in communiqué with his subordinate Wormwood. Among the many memorable passages in this book is Screwtape’s observation that “The safest road to Hell is the gradual one – the gentle slope, soft underfoot, without sudden turnings, without milestones, without signposts.” Thus, Screwtape cautioned Wormwood, “By the very act of arguing, you awake the patient’s reason; and once it is awake, who can foresee the result?”

Lewis exposes the Devil’s master strategy in his assault on the kingdom of God. The third novel of his space trilogy, That Hideous Strength, is Lewis’ fantasy of a government-funded research organization (NICE), whose clandestine goal is enslavement of the entire population. The book paints a picture of occult organization, of secret initiation into inner-circles of knowledge and power, and of a benevolent front. Thus, the esoteric appeal of occult and fraternal societies serves as a substitute for and lures men away from the open society of the church. The ultimate goal is the merging of rationalistic materialism with the irrationalism of the occult in the worship of Satan.

Screwtape rhapsodized of this ideal in a letter to Wormwood. “I have great hopes,” he opined, “that we shall learn in due time how to emotionalize and mythologize their science to such an extent that what is, in effect, a belief in us (though not under that name) will creep in while the human mind remains closed to belief in the Enemy. If once we can produce our perfect work – the Materialist Magician — the man not using, but veritably worshipping, what he vaguely calls ‘Forces” while denying the existence of ‘spirits – then the end of the war will be in sight.”

Lewis explained the potent appeal of the lust to be an insider and enjoy advancement apart from the discipline of competence and service. “The lust for the esoteric, the longing to be inside, take(s) many forms which are not easily recognizable as ambition. We hope, no doubt, for tangible profits from every Inner Ring we penetrate: power, money, liberty to break rules, avoidance of routine duties, evasion of discipline. But all these would not satisfy us if we did not get in addition the delicious sense of secret intimacy. Your genuine Inner Ring exists for exclusion. There’d be no fun if there were no outsiders.” (1)

The Chronicles of Narnia, in particular The Lion, the Witch and the Wardrobe (1950), are an allegory of gospel victory over the powers of darkness won by the Lion of Judah. They hold appeal for young and old alike. Mere Christianity is Lewis’ explanation of that victory and apology for the faith.  However, some have questioned Lewis’ orthodoxy in key areas, such as:

Theistic Evolution:   “For long centuries God perfected the animal form which was to become the vehicle of humanity and the image of Himself … [Eventually,] God caused a new kind of consciousness to descend upon this organism” (The Problem of Pain, pp.133,77).

Baptismal Regeneration:  “…this new life is spread not only by purely mental acts like belief, but by bodily acts like baptism and Holy Communion.” (Mere Christianity, pp.62,63).

Purgatory: “I believe in Purgatory…the saved soul, at the very foot of the throne, begs to be taken away and cleansed. It cannot bear … to affront that light (Letters to Malcolm, pp. 110-111)

Implications for subsequent history. As noted above, the writings of C. S. Lewis provide the Christian with cogent insight into the forces shaping the history of our era. Unfortunately, Lewis’ approach to the defense of the faith leaves much to be desired. In the first place, he failed to promote Old Testament case law as the blueprint for reclamation of Christian civilization (I Tim. 1:9-11) and he considered Theocracy (rule of God) as “the worst of all governments”. (2) Thus, his works did little to promote a biblical solution to the declension of culture.

Secondly, Lewis promoted a supposed common recognition of truth in natural law among all men – Christian and non-Christian –as the basis for public morality. He named this common morality the “Tao” and asserted that it was independent of religion. This led him to found the “Oxford Socratic Club” to debate the pros and cons of the Christian religion. This autonomous and neutral appeal is a decidedly unbiblical approach to the Bible.

Lewis’ intellectual schizophrenia in this matter is found in his book, God in the Dock. First, he observes that “The ancient man approached God (or even the gods) as the accused person approaches his judge. For the modern man the roles are reversed. He is the judge: God is in the dock…. The trial may even end in God’s acquittal. But the important thing is that Man is on the Bench and God in the Dock”. This is a brilliant observation. But, then in the same book, he contradicts himself in declaring “By the natural light He has shown us what means are lawful [for making moral decisions]: to find out which one is efficacious He has given us brains. The rest He left to us.” (3) Here, Lewis himself places God back in the dock, subject to man’s autonomous judgment. This inconsistency doubtless contributed to the crisis of faith that Lewis experienced after his wife died.

Biblical analysis. C. S. Lewis’ contributions to our understanding of Satan’s modus operandi on both a personal and global level are unsurpassed. The Bible characterizes the Devil as “a roaring lion “ who walks about seeking whom he may devour (I Pet. 5:9). However, in his favorite disguise he and his servants are transformed as angels of light (II Cor. 11: 13-15) and C.S. Lewis is at his best in exposing this subterfuge. The conspiracy of Satan against God continues throughout history (Ps. 2:1), but its ultimate power was broken by Christ on the cross of Calvary (Acts 4:25,26). Nonetheless, we ignore his wiles at our own peril.

Corrective or Prescriptive Actions: C.S. Lewis captured the heart of the Christian faith in such pithy aphorisms as “the Son of God became a man to enable men to become the sons of God” and “Aim at heaven and you get earth thrown in. Aim at earth and you will get neither.” Unfortunately, his approach to countering the Devil’s stratagem cannot be recommended biblically. As with so many apologists before him, Lewis relied on the sword of natural law and natural theology as his weapon of choice and endangered both himself and his followers with its blunt edge. Consistent Christians must reject Lewis’ natural law apologetic and follow Lewis in what he preaches, but fails to practice: It is man, not God who is in the dock and we must strive to keep him where he belongs.